In spite of overwhelming evidence that criminalizing drug use is not an effective way of reducing crime rates, drug overdoses, or the social issues associated with drug addiction, Attorney General Jeff Sessions moved Friday to roll America’s drug policy back at least a decade. Progress?

The changes, which eradicate decades of advocacy, policy change, and social justice work, are designed to condemn struggling drug addicts while denying them the help and treatment they need to get well.

Although addiction is often treated as a mysterious illness, it is not a complex disease. People with addiction, or substance use disorder, are a high risk population. Roughly 30,000 people die of opioid overdoses every year, at a rate of at least one death every 15 minutes.

Former Surgeon General Vivek Murthy published a groundbreaking report on addiction last year which showed that America is in the midst of a public health crisis related to drugs and alcohol. The report indicated that addiction, as a chronic brain illness, is highly treatable – but that fewer than 10 percent of people with substance problems actually seek treatment.

Addiction affects a broad cross section of Americans, but Sessions prefers to focus on the population that’s the most likely to serve time in private, for-profit prisons. There’s no money in helping people attain recovery, but plenty to be made by keeping us behind bars.

Many people with addiction end up incarcerated, or serving disproportionately harsh sentences for possession of a substance they can’t stop using. 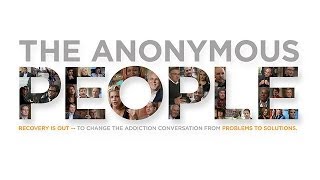